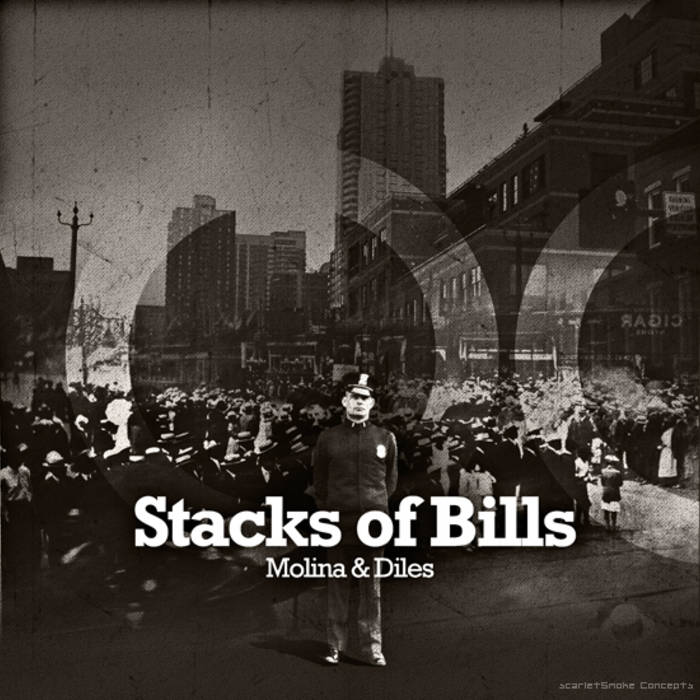 Verse I (Molina)
Souls fill the shadows of the old growth
where the mold grows, where the soul grows
day to day where the mold grows fatter
“the design for the better”, so they say, anyway…
so you say “we the 99%, chose to have it that way”
well I beg sir to differ
cuz if the money came quicker
than I wouldn’t be a spic, and you wouldn’t be a nigger
You get it? Good
2012 slave times, now what?
Go figure…
It’s bigger… than Hip-Hop & the pop charts & the Wal Marts
cuz the oligarchs own the bonds and stock and they don’t wanna talk
And we don’t wanna walk, glued down by the first round
No time to march, don’t want a 9 to 5, just wanna live my life

Verse II (Diles)
Gears keep grinding time’s tickin away…
Future what we have in store? More hours and less pay…
Respect those who work in dirt, computers just the same…
Strivin to get off the grid livin simple and plain….
BUT…
Simple aint easy when simple means change…..
$$’s outta thin air pyramid games, we at the base….
American dream situated at the end of a rat race…
Get a taste …
Ball and chain tied to the corporations and the banks….
Who!?....
Print more money and buy more tanks…
Thrown in privatized prisons, slavery, genocide…
The FAMOUS…..United States…

(Molina)
So what’s real?????? People ask how you feel
when they see the sky fallin’ fallin’
downtown where da upside-down present itself on two stilts
right-side up, so tall now...
(Diles)
How!?…did the cycle come back around?.....
Take for granted, forgot what we already found…
Nasdaq, Dow Jones, Up and Down….
Stand up, camp out, OCCUPY every town….
(Molina)
But that take work now and I gotta go to work now
and I got bills to pay and I just wanna haze the day away
Alright, ok, up… and up… and away, outside world so gray
I don’t wanna face the pain 2day

Bandcamp Daily  your guide to the world of Bandcamp